We have moved.
But not too far.

For over 100 years, Ridout Barron has been dedicated to solving our clients' problems creatively and efficiently.

This article looks at proposed rules by the federal government concerning corporate governance.

As Bloomberg recently reported, the federal government recently tabled a bill, C-25, that, if passed, would bring some significant changes to how federally registered public companies are operated. The bill would introduce a number of changes, including measures designed to promote diversity on company boards and increased powers for shareholders to vote against the appointment of directors. Backers of the bill say the new regulations will make Canadian companies more representative of society and end some questionable corporate practices, such as “zombie” directors.

Currently, shareholders are not able to vote against directors. Rather, as the Financial Post points out, those shareholders can either vote for the appointment of a director or simply withhold their vote. What that system means is that a director can be appointed to the board in an uncontested election even if he or she receives only one vote. Such directors who fail to gain majority support from shareholders are often called “zombie” directors.

The proposed amendments to the Canada Business Corporations Act would end that practice. Instead, shareholders would be able to vote either for or against a director’s appointment. Furthermore, in order to be appointed to the board, directors would have to receive a majority of shareholder votes.

Bill C-25 would also require federally registered public companies to report the gender makeup of members of their board and senior management teams. While companies will not be required to meet gender-specific quotas, the new disclosure requirements are designed to encourage greater gender balance at the top levels of Canadian companies. Those same companies would also be required to disclose their diversity policies or explain why they lack such a policy.

Supporters of the bill say they hope that provincial regulators will adopt similar measures. Those supporters also claim the changes are in line with good governance practices that have been adopted in other countries. Some critics, however, claim that the bill still has shortcomings, including a provision that allows a director to stay on the board even after his or her resignation has been offered if “exceptional circumstances” are at play.

Shareholder and other commercial disputes are what most businesses strive to avoid. Resolving disputes faster allows companies to focus on becoming more profitable and on growing their operations. Disputes are often a distraction that can be detrimental to a company’s success. To help avoid such distractions and resolve disputes quickly, companies should contact a law firm experienced in handling commercial disputes and litigation. An experienced firm can provide companies with the guidance and peace of mind they need to get past a dispute quickly and effectively. 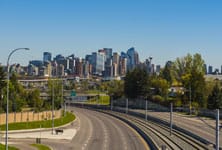 There is free 2 hour street parking at our new location.

We can use video conferencing tools like Zoom, Webex or Facetime in order to meet your needs through online virtual meetings